Is God fair to scientists? 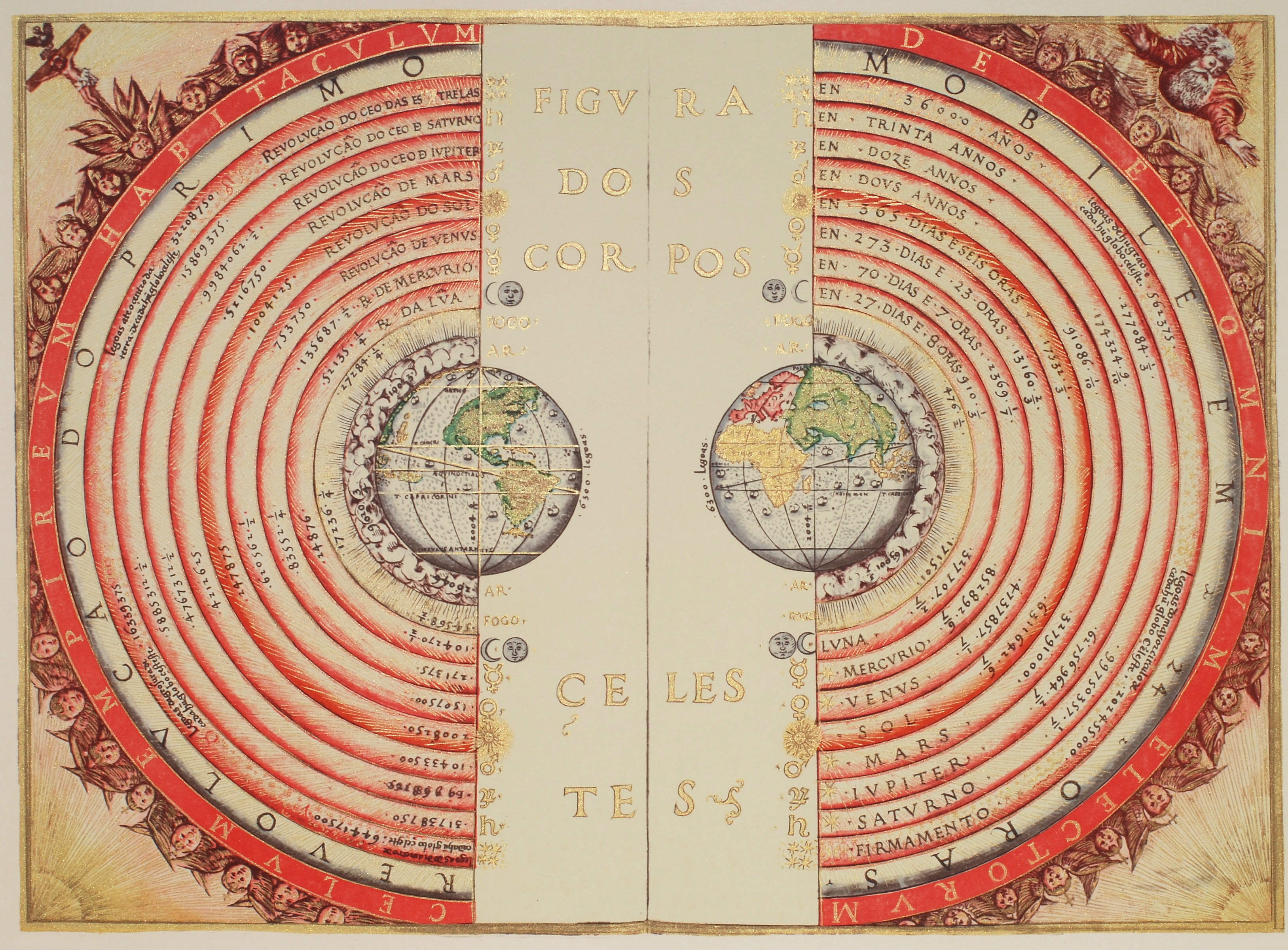 Is God fair? We have to assume that God will punish, harshly, those who do not believe his word. In which case, why did God design the universe in such a way that those of an intelligent and inquisitive disposition would conclude that the universe was not designed by God in the way he said he designed it?

Take the case of epicycles, of which ‘Belette’ comments.

“The massive difference, now, over say Copernican days is that the observations and calculating ability we have are so much better than before. It is no longer possible tlo believe in epicycles, because observations demonstrate clearly that they don't work, except in the trivial sense that any path can be fit by enough epicycles to an arbitrary degree of precision.”

I agree. One of Galileo’s motivations for his heliocentric theory was his observation of the phases of Venus. These cannot be observed properly without a telescope. Venus is lit by the sun from angles that are not consistent with the Ptolemaic system. There is a good explanation of this in the Wikipedia article on the Ptolemaic system. Why did God design the geocentric system in such a complex way that those of an inquisitive disposition, after inventing telescopes, would observe such apparent inconsistencies? In 1838, Friedrich Wilhelm Bessel successfully measured the parallax of the star 61 Cygni, which is also difficult to explain in the geocentric system. Why did God go to the trouble of designing the geocentric universe in such a complicated way that an detailed observations such those of Bessel appeared to contradict the way God said (in the Bible) that he had in fact designed things?

Note, I am not arguing that the geocentric model is wrong. What I mean is that, if God says it is correct, and if, as seems to be the case, detailed observation and deduction (such as by Galileo and Bessel) suggests that it is not correct, and if God punishes harshly those who disbelieve what he says, then it seems as though God is not being fair. He has designed the universe in such a way that the way it appears to be designed is not the way he has said it was designed, and thus designed it in a way that invites punishment of the inquisitive and intelligent.

What reply can we make to this? Well, we could avoid fundamentalism by distinguish between literal and analogical truths. When it says in Psalm 93 that “the world also is established, that it cannot be moved”, perhaps it does not mean that the earth is literally immoveable. Perhaps it is immoveable in a spiritual sense. Or that it cannot be moved from its orbit around the sun, all things being equal. Perhaps it is a statement about the constancy of physical constants, such as gravitational acceleration etc. Yes, that is a reasonable objection, but then we can turn the whole question around. Why did God make statements that are so easily open to a literalist misinterpretation? If so, then it seems God is discriminating against fundamentalists. Is that fair? Surely not.

Or it could be argued that the inquisitive and intelligent are simply wrong. A careful examination of the matter (see the websites linked to in earlier posts) shows that the geocentric theory is the correct one. I reply: whichever theory is correct, it remains that God’s design has misled an extraordinary large number of people. Either he is being unfair to astronomers and scientists, or he is being unfair to fundamentalists. We have to choose, and either way it seems that he is not being entirely fair.

Or it could be argued that the inquisitive and intelligent have violated a version of the charity principle. They have followed a line of observation and reasoning that leads them to conclude that God has not told the truth. But logic, as well as the principle, should tell them that God would not have designed the universe in such a way as to contradict what he says. If any theory or reasoning of yours leads to a contradiction with sacred scripture or the teaching of the church, there is something wrong with your reasoning. Indeed, as Ockham argues – as discussed in my last post), we should even make exceptions to the laws of logic when this happens*.

So, is God not being fair to someone?  And is that not inconsistent with an essence into which goodness, justice, fairness etc. are built into as though by definition?


* Yes, I realise that Ockham’s point is more subtle than that. But this is internet land, where we lay things on with trowels.
Posted by Edward Ockham at 11:50 am

The obvious atheist answer is that God didn't. But assume you do believe in God, or with to phrase the question in that way, then:

I think there is a clearer example, which is special relativity. Why did God design the universe (ignoring matter, for the moment) in such a way that Special Relativity is correct, and not the "far simpler" Newtonian theory?

The answer in that case is that it wouldn't work - you'd need an infinite speed of light, which would fail to work in a variety of ways: electromagnetism wouldn't work, for example (and I suspect that if in some way you made it so it would, other logical problems would arise, like all energy disappearing to infinity immeadiately).

So it is with the geocentric universe: it looks complex, but isn't really, and anything simpler wouldn't work.

>> I think there is a clearer example, which is special relativity. Why did God design the universe (ignoring matter, for the moment) in such a way that Special Relativity is correct, and not the "far simpler" Newtonian theory?

That is a clear and interesting example, but it is not relevant to my point, because the Bible doesn’t mention the ‘Newtonian theory’. My point is that either fundamentistm – the absolute literal truth of the Bible – is correct, or not. If it is correct, why did God design the universe so it looks (at least to those who look carefully) as though fundamentalism is not correct? That seems unfair to those who look carefully. On the other hand, if it is not correct, why did God write the Bible (or cause it to be written) in such a way that it unclear whether a symbolic interpretation was intended? That seems unfair to fundamentalists. Either way, it is unfair to someone, whereas absolute fairness requires fairness to everyone.

Your example raises a different question of why God had to design the universe in a certain way at all. Why not the simplest way? If it is replied that no simpler way is possible, I object that if God is omnipotent – absolutely powerful – he could design it whatever way he liked.

> I object that if God is omnipotent – absolutely powerful – he could design it whatever way he liked.

Then you're into the old theological questions, where I won't follow you. The question then becomes a somewhat disguised version of "can God make 2+2=3" if he really wants to?

>>The question then becomes a somewhat disguised version of "can God make 2+2=3" if he really wants to?

But this is different. Which physical laws are logically true?

Perhaps the answer to the text from Psalm 93 is that the world is immovable secundum quid but not simpliciter. That is, immovable by any finite rational agent (who else would do the moving?) but not according to the requirements of its own nature. Alternatively, the for "world" the vulgate has "orbem" not "terram"; perhaps the text refers to the cosmos?

This is the way the fathers or the scholastics would approach the problem. The fundamentalist angle of approach to the scriptures is rooted in an inability to face the problem of literary interpretation. I would hate to see a fundamentalist try to read Plato.

>>The fundamentalist angle of approach to the scriptures is rooted in an inability to face the problem of literary interpretation.

Thomas discusses this here – “nothing necessary to faith is contained under the spiritual sense which is not elsewhere put forward by the Scripture in its literal sense”.

Yes, I think it does solve it. God has no obligation to be "fair" to people who choose to read the scriptures though an arbitrary and personal hermeneutic.

When I was a teenager being raised in a fundamentalist family I read a set of books by a young-earth "Creation Scientist", a line-by-line commentary on Genesis and another on Revelation. The author (Henry Morris) insisted on reading both books as straightforward historical accounts of the first few and the last few days of the history of the physical world. His justification was much like what you're saying here: "If God didn't mean that monstrous woman-headed locusts were going to eat humankind at the time of the reign of the antichrist, then why did he say it?

At the time I went to a Seventh-Day Adventist school, very different from my parents' Baptist church, and the Adventists insisted that the meaning of Revelation etc. was "symbolic". However they were so vague about what that meant and their own doctrines were so nutty and arbitrary that the Henry Morris reading was the more plausible at the time. In retrospect it's obvious that the fundamentalist view simply never considered the difference between mythological, historical, poetic, and apocalyptic modes and rolled them all together.

If we expect God to be "fair" to us and not deceive us in his word, the least we can do is be fair to him and look at what sort of book he's giving us. Imagine someone who insisted that he didn't understand the gospel because he made the mistake of taking Christ's parables strictly literally!

>>God has no obligation to be "fair" to people who choose to read the scriptures though an arbitrary and personal hermeneutic.

What decides whether a reading of the scriptures is an "arbitrary and personal hermeneutic"? Presumably they would say the same of the non-literal reading. It's clear that some passages are intended as analogical (the parables, for example). But not clear at all in many others, e.g. Sodom and Gomorrah.

And is someone 'choosing' a certain reading - as though wilfully and capriciously - when they wouldn't claim to be choosing, but rather reading what seems obvious to them?