We don’t have to buy everything that Frege says about concepts to agree that using a concept expression F we can say things like ‘There are three Fs’ or ‘the number of Fs is n’. We can also say ‘There is at least one F’ which, according to Frege, is equivalent to ‘Fs exist’ or ‘there are Fs’. That seems uncontroversial.

But that seems impossible. In such a possible world, there are no girls at Mallory Towers, since the school doesn’t exist, hence there are no such girls over 17. Therefore the non-existence of such girls is the non-instantiation of the concept *girl over the age of 17 at Mallory Towers*, and so that concept, in that possible world, has the property of being non-instantiated. But in order to have that property, it must exist. Since this is any possible world, it follows that the concept must exist in every possible world, and so is a necessary being. Yet we just supposed that it wasn’t a necessary being. Contradiction.
Posted by Edward Ockham at 11:55 am 2 comments:

Is number a property of an aggregate of things? But what is an aggregate? Can the very same things have the same number once disaggregated? Frege (The Foundations of Arithmetic § 23, translation J.L. Austin) writes:


To the question: What is it that the number belongs to as a property? Mill replies as follows: the name of a number connotes, ‘of course, some property belonging to the agglomeration of things which we call by the name; and that property is the characteristic manner in which the agglomeration is made up of, and may be separated into, parts.’

Here the definite article in the phrase "the characteristic manner" is a mistake right away; for there are very various manners in which an agglomeration can be separated into parts, and we cannot say that one alone would be characteristic. For example, a bundle of straw can be separated into parts by cutting all the straws in half, or by splitting it up into single straws, or by dividing it into two bundles. Further, is a heap of a hundred grains of sand made up of parts in exactly the same way as a bundle of 100 straws? And yet we have the same number. The number word ‘one’, again, in the expression ‘one straw’ signally fails to do justice to the way in which the straw is made up of cells or molecules. Still more difficulty is presented by the number 0. Besides, need the straws form any sort of bundle at all in order to be numbered? Must we literally hold a rally of all the blind in Germany before we can attach any sense to the expression ‘the number of blind in Germany’? Are a thousand grains of wheat, when once they have been scattered by the sower, a thousand grains of wheat no longer? Do such things really exist as agglomerations of proofs of a theorem, or agglomerations of events? And yet these too can be numbered. Nor does it make any difference whether the events occur together or thousands of years apart.

Posted by Edward Ockham at 11:14 am No comments: 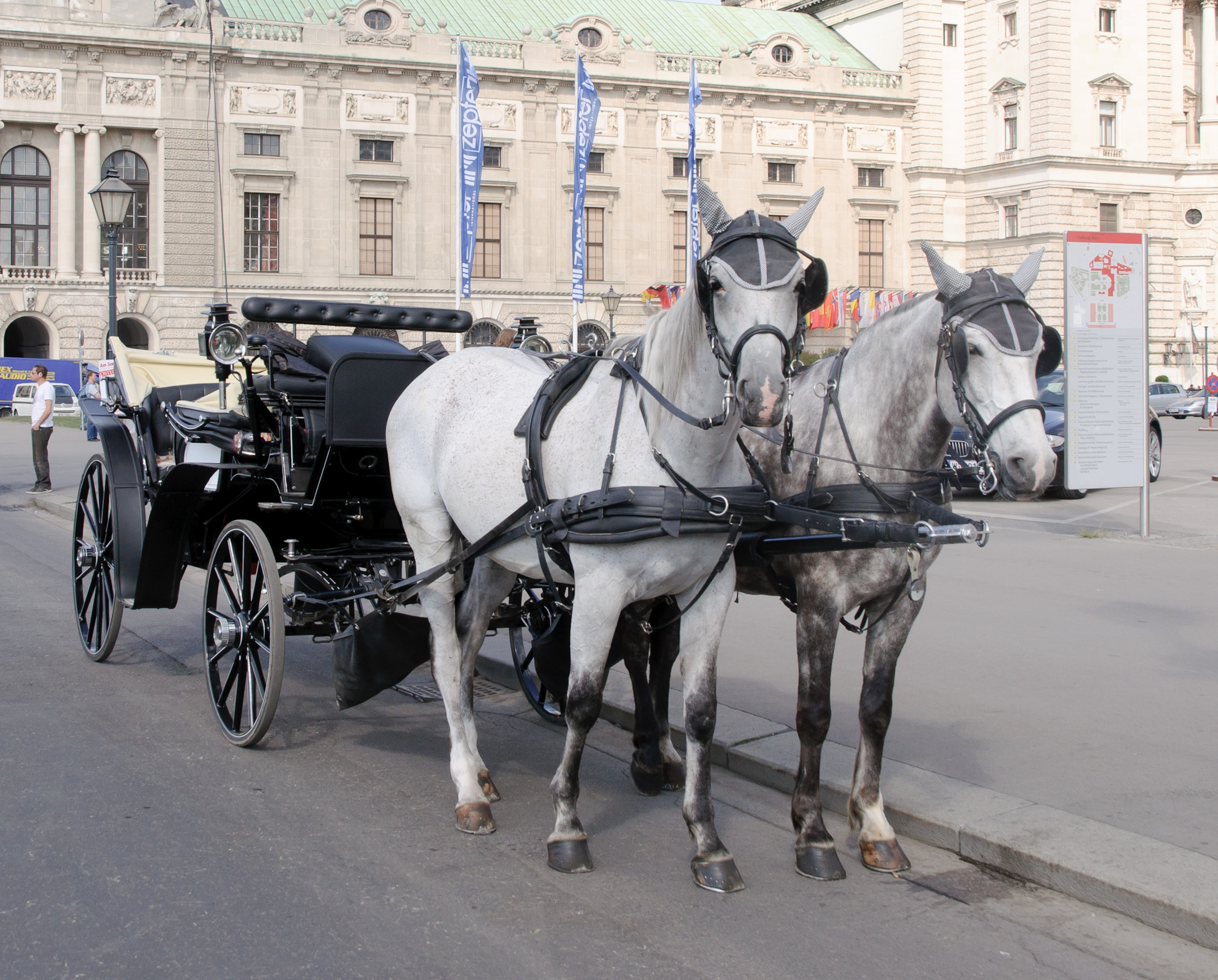 The Maverick Philosopher is agonising about number and existence in this post. It would be simpler if we returned to the original text of Frege which started all this (Die Grundlagen der Arithmetik 1884. Page numbers are to the original edition).

Frege claims with a concept the question is always whether anything, and if so what, falls under it. With a proper name such questions make no sense. (§51, p. 64). He also claims that when you add the definite article to a concept word, it ceases to function as a concept word, although it still so functions with the indefinite article, or in the plural (ibid).

This is part of a section of the Grundlagen where he develops the thesis that number is a property of concepts, not of things. Thus if I say (§46, p. 59) that ‘the King’s carriage is drawn by four horses’, I am ascribing the number 4 to the concept horse that draws the King’s carriage. The number is not a property of the horses, either individually or collectively, but of a concept.

As I argued in one of the comments, the following three concepts all have a number

If the number corresponding to C1 is n, then the number of C2 is n-1. And the number of C3 is of course 1, and if C3 is satisfied, then Socrates exists. Simple.
Posted by Edward Ockham at 4:53 pm 7 comments:

I have been looking at ‘Van Inwagen on Fiction, Existence, Properties, Particulars, and Method’, by Bill Vallicella (Studia Neoaristotelica Review Article 12 (2015) / 2). Bill is the famous Maverick Philosopher.

Section 3 deals with haecceity. A haecceity property is one which, unlike man or white cannot be multiply instantiated, or as Scotus said, not-predicable of several things (indicibilis de pluribus). For example, being Socrates (Socrateity) is a property which, if instantiated, is instantiated by Socrates alone in the actual world and by nothing distinct from Socrates in any possible world.

It is necessary to posit such properties, Bill argues, to support the semantic thesis of the univocity of ‘exists’ and ‘is’, and its ontological counterpart, that there are no modes of being/existence. It is essential to the thesis that number-words are univocal, and that ‘exists’ is a number-word. But it is not a number-word, for we can say of certain individual things that they exist, using referring terms.


Consider my cat Max Black. I joyously exclaim, ‘Max exists!’. My exclamation expresses a truth. Compare ‘Cats exist’. Now I agree with van Inwagen that the general ‘Cats exist’ is equivalent to ‘The number of cats is one or more’. But it is perfectly plain that the singular ‘Max exists’ is not equivalent to ‘The number of Max is one or more’. For the right-hand-side of the equivalence is nonsense, hence necessarily neither true nor false.

Right, but can’t a proper name N signify a property N* which can be instantiated, but by only one individual, and always and necessarily by the same individual? Then it makes sense to state there is only one object possessing N*, a statement which is false only if there are no (i.e. zero) objects possessing N*. Bill considers this, but thinks it a heavy price to pay for univocity across general and singular existentials.

Why? His argument is that being properties, haecceities are necessary beings, and so exist at all possible times in all possible worlds. But how, before Socrates came into existence, could there have been any such property as the property of being identical to him. There would have been simply nothing to give content to the proposition that it is Socrates.

Now I agree that a haecceity predicate is essential to save the univocity of ‘exists’. And I agree, for the reasons given by Bill, that a haecceity property is absurd. But can there not be predicates, i.e. grammatical items, which have no properties corresponding to them?

More later.
Posted by Edward Ockham at 4:26 pm No comments:

Peter Geach (“Intentional Identity.” Journal of Philosophy 64, 627-32, reprinted in Logic Matters. Oxford: Blackwell, 1972) argues that the following sentence can be true even if there are no witches, yet can only be true if Hob and Nob are, as it were, thinking of the same witch.


Hob thinks that a witch has blighted Bob’s mare, and Nob wonders whether she killed Cob’s sow.

But how it could be true? If we read it in the opaque way of reading indirect speech clauses then each that-clause must stand on its own syntactically, but there is no way of interpreting the pronoun ‘she’ as a bound variable. The two thoughts add up, as it were, to ‘for some x, x has blighted Bob’s mare, and x killed Cob’s sow. But we can’t split them up into two separate thoughts, because of the second part of the conjunction. I.e. the following is not well-formed.


* Hob thinks that for some x, x has blighted Bob’s mare, and Nob wonders whether x killed Cob’s sow.

On the other hand, if we render the original sentence in the transparent way, we have to presume the existence of a real witch, i.e. some witch such that Hob thinks that she has blighted Bob’s mare, and Nob wonders whether she killed Cob’s sow. Neither of these are satisfactory. I don’t propose any answer yet, but I will start by noticing that the same problem attaches to saying what sentences say, rather than what people think.

Clearly sentences (3) and (4) are true, even though sentences (1) and (2) are false. Yet the problem is exactly the same as the problem involving different thoughts. Thus we have simplified the problem. We don’t have to worry about explaining thoughts in different minds, but only how we express the meaning of different sentences. Meanings are a little easier than thoughts.
Posted by Edward Ockham at 2:26 pm 4 comments:

This handout clearly explains Kripke’s argument in his seminal paper ‘A Puzzle about Belief’. Kripke derives a puzzle from just two assumptions:


(D): If a normal English speaker, on reflection, sincerely assents to ‘p’ [supple correctly understands ‘p’], then he believes that p.

He also gives a version (the ‘Paderewski’ puzzle) that doesn’t even use (T). His point therefore is that it would be a mistake to criticize Millianism as follows:

This is a mistake because that sort of result is obtainable without SUB, i.e. using just (D) and (T) we end up incorrectly attributing contradictory beliefs to normal people.

Objection: But if Millianism implies SUB and SUB results in paradox, then Millianism is wrong. Why does it matter if some other principles also result in the same paradox?

Reply: They aren’t just other principles – SUB just amounts to an intralinguistic application of (T), where e.g. we translate ‘S believes that Cicero is famous’ into ‘S believes that Tully is famous.’  Since (T) seems obviously true independent of Millianism, there’s no reason to blame the paradox on (SUB) and therefore on Millianism.
Posted by Edward Ockham at 12:22 pm No comments: