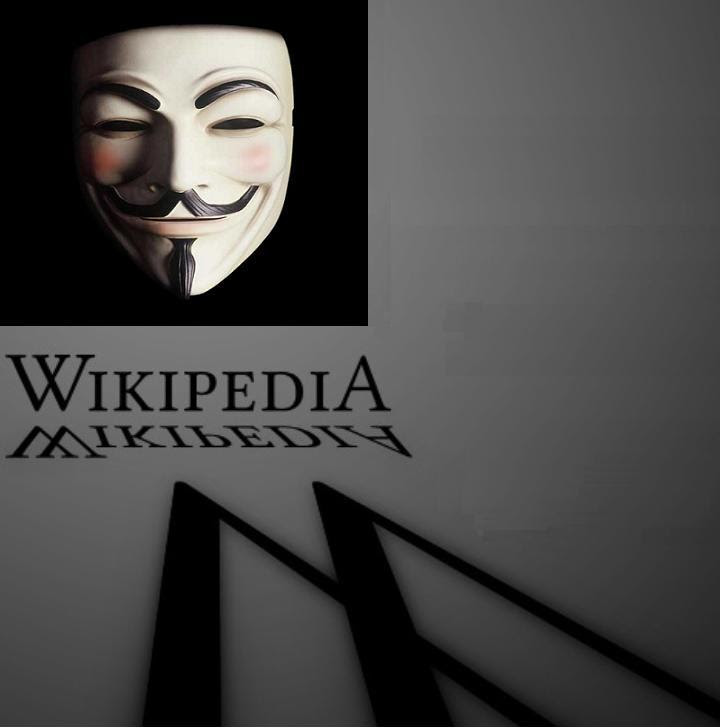 The Wikipedia blackout on Wednesday 18th January 2011, protesting about legislation against online piracy and copyright theft (SOPA and PIPA), seems to have been a great success.  According to Wikipedia's own (breathlessly enthusiastic) article about it, six US senators who had been sponsors of the bills, including Marco Rubio, PIPA's co-sponsor, Orrin Hatch, Kelly Ayotte, Roy Blunt, John Boozman, and Mark Kirk, said that they would now withdraw their support for the bills. Several other congressmen issued statements critical of the current versions of both bills.  The following day, eighteen of the 100 senators, including eleven of the original sponsors of the PIPA bill, had announced that they no longer supported PIPA.

The Wikimedia Foundation reported that there were over 162 million visits to the blacked-out version of Wikipedia during the 24-hour period, with at least 4 million uses of the site's front page to look up contact information for their U.S. Congressional representatives.  The Electronic Frontier Foundation reported that more than 1 million email messages were sent to congressmen through their site during the blackout.

I see it as a success for a different reason.  It has brought home to many people that Wikipedia wields immense power.  I don't know how much it would cost to advertise for a whole 24 hours on a network that was viewed by 162 million people, but it would be more than I could afford.  As a guide, ITV's most popular show, the X-factor, pulls in about 11 million people.  Only the richest and most powerful vested interest - which Wikipedia now obviously is - could command a budget for that kind of global coverage.  If even a few perceptive people start seeing that Wikipedia is a threat to democracy everywhere, then I count that as a success.

You object that newspapers like the Sun, the Daily Mail, The Daily Telegraph, the Guardian (to mention a few British ones) wield a similar influence, and have an editorial bias. I reply: these are just four newspapers, of different political persuasions.  You have a choice, and people often choose a newspaper that reflects their natural political tendencies in any case.  But there is only one Wikipedia.  Moreover, The Daily Mail does not  pretend to be an encyclopedia.  And traditional media, which have an publicly identified editor, and an owner, can be engaged by traditional legal methods.  This is not the case with Wikipedia. Wikipedia is invisible and anonymous.

Wikipedia has a strong internal administrative power structure, but it is invisible. Its administrators are hidden behind silly names like "Happy Melon", "The Cunctator".  They are fiercely protective of their anonymity.  One of them (on a now secret mailing list) writes "Of course, I'm writing from an anonymous email account with a pseudonym that has always been in place, and probably always will. I've had things oversighted on five different projects, and removed from places where 'oversight' is far from standard practice, to protect that anonymity. Is the fact that you don't know my name, address and date of birth a concern to you? Is the fact that I've written code for the cluster, or administrated three ArbCom elections, a problem for you?"

Er, yes, it's a problem for me. You cannot sue Wikipedia, because it does not exist.  The Wikimedia Foundation, which does exist, and has a legal identity, claims it simply runs a website.  They claim that actions taken on Wikipedia are by members of the 'community' - people like the Melon guy, and about another thousand of these faceless, anonymous individuals whose identity will never be known, and who are responsible to no one.

The picture above expresses everything I fear about Wikipedia.  It is faceless, it hides behind a mask. It casts a shadow over the lives of billions of people.  And it is essentially a conspiracy against the public of all English-speaking nations.

Tomorrow I will talk about how Wikipedia/Wikimedia managed to get the 'community support' for its action on Wednesday.  Keep twiddling those dials.
Posted by Edward Ockham at 3:19 pm

Email ThisBlogThis!Share to TwitterShare to FacebookShare to Pinterest
Labels: corruption in wikipedia, wikipedia

Edward, based on my knowledge of what Examiner.com pays writers per page view (6/10ths of a cent per view), then the Wikipedia black-out was worth at least $1,000,000 in advertising value -- bare minimum.

Not only that, but when conjoined in in appropriate ways, they are downright inconsistent. That's my point, no?

Let's assume it was, thanks Greg. I shall now look up how the major UK political parties spend on their election advertising.

> they are downright inconsistent

I think they are just different. Stalin certainly wasn't anonymous, so the contrary doesn't hold (i.e. we know that non-anonymity doesn't lead to democracy; yes, I know). You can, if you like, assert (or insinuate) that anonymity forbids democracy but so far that is all you've done - you haven't even attempted to demonstrate it.

> "Is the fact that you don't know my name, address and date of birth a concern to you?..." Er, yes, it's a problem for me. You cannot sue Wikipedia...

This too appears to confuse anonymity with sue-ability. If everyone currently anonymous on wiki (a far far smaller number than you imply) were suddenly known, you still couldn't sue wiki.

Yes, what's regrettable, though I guess inevitable, given its 'bottom up' origins, is that Wikipedia has become another forum for politics. As if we didn't have enough of politicking at national, local, and workplace level, we now have it in spades in the dissemination of knowledge. Only Wikipedia is different: you can engage in politics anonymously. The academic world, apart from its anonymous referees, conducts itself in the open. In particular, peoples' reputations---the only justification for having any power in a hierarchy---are public. Not so Wikipedia. I'm extremely uncomfortable about conducting oneself in public under a mask, from moslem veils to internet pseudonyms. When I began commenting on websites I considered using a pseudonym but after reflection decided the 'proper' thing to do was to use my real name.

>>>This too appears to confuse anonymity with sue-ability. If everyone currently anonymous on wiki (a far far smaller number than you imply) were suddenly known, you still couldn't sue wiki.

I agree, there is the additional problem that the organisation itself is anonymous, i.e. has no name. 'Wikipedia' means the encyclopedia. 'Wikimedia' means the entity that owns the website. The thing that runs the show is nameless, unless you call it the 'community', as Wikipedians like to. But that's rather like 'the will of the people'.

On the connection between anonymity and democracy, think about the mask in the picture. Who is the mask a representation of? Oh of course you will now object that the England was not a proper democracy in the days of the Gunpowder plot. Anyway, the point is that plotting and intrigue and such anti-democratic business is enabled by the anonymity of the organisation and its doings.

"All secret societies, oath bound, political parties are dangerous to any nation."

Sorry, I'm completely failing to follow your point (unless your point is "I don't like wikipedia", in which case, fine, I knew that already).

The plotting and intrigue, just like the sue-ability, is completely independent of the anonymity. Again, you could identify all the people and the plotting wouldn't change in the least.

You can attempt to argue that wiki is anti-democratic if you like (I'd disagree, if you did) but if so, I'd like to see something beyond mere assertions an confusions.

OK, I'll start: on wiki, the ultimate authority (arbcomm) is elected, not appointed. Unlike the situation in "democracies". Therefore wiki is more democratic than democracies are.

> In particular, peoples' reputations---the only justification for having any power in a hierarchy---are public. Not so Wikipedia

Your argument is backwards.

I have done extensive analysis of the administrative rolls on en-WP, and I can assure you that not only are most of them anonymous, the "better" ones are quitting.

I was able to find personal details for about 80%, with a LOT of work. The other 20% were insanely, obsessively secretive about their identities--even other Wikipedia admins don't know who they are. And worse yet:

(a) that 20% tend to be the worst admins, crazy gnomes, patrollers and ban-monkeys -- people who use Wikipedia as a wargame and add no information to it,

(b) the administrators who create actual content are quitting in considerable numbers--but the gnomes, patrollers and banhammers aren't quitting. By the end of 2012 there will be nobody left but patrollers and ban-freaks, and some gnomes who use bots to grind articles (without adding any actual information). Most non-admin content creators are also quitting in great numbers.

Ed is correct and Mr. Connolley is still a troll. Anonymity is hostile to a representative democracy. In the "real world" it leads to military dictatorships and "death squads" and repression. Stalin wasn't anonymous, but the secret police he created (the world's largest such organization, except maybe for China's) most certainly were anonymous. It made "disappearing" people so much easier.

In Wikipedia this will eventually lead to crap articles, overseen by the mentally ill. They'll eventually get rid of you as well, Connolley. You damned fool.

I am comparing Wikipedia with Academia. The latter is a meritocracy in which power and influence tend to correlate with reputation among one's peers. This, thank goodness, obviates politics: one cannot achieve the right kind of reputation by politicking. Wikipedia in contrast is dogmatically egalitarian---anyone can edit. This condemns us to a Hobbesian politics.