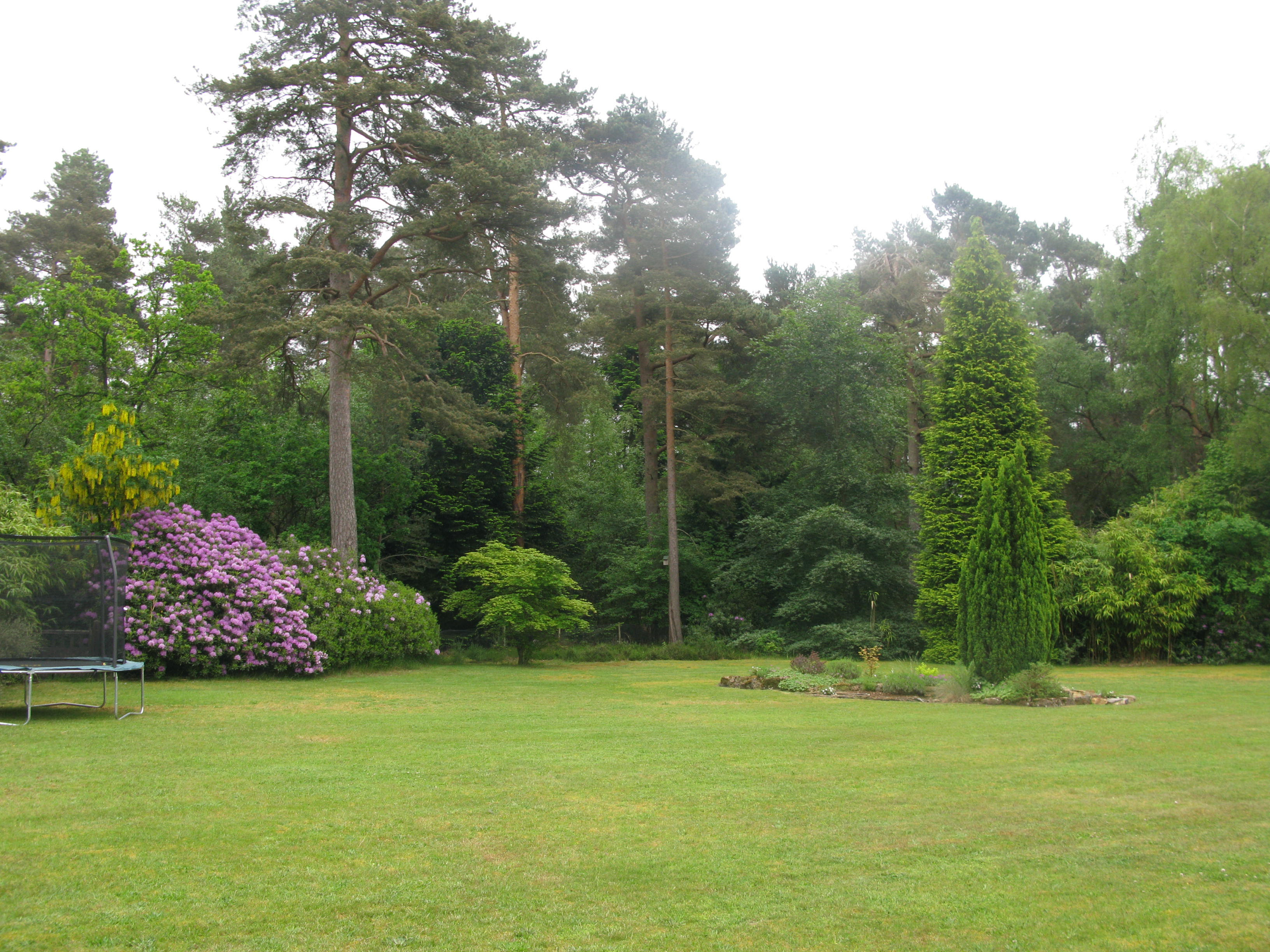 So we drove down the A3, whizzing past the village of Ockham, where the real Ockham (reputedly) once lived, and aimed for the wilds.  We reached Tilford, which is itself in a pretty rural part, and made enquiries with neighbours.  There was a full-blown cricket match taking place on the green, and a ball landed a few feet away from where we were parked.

Then down a minor road for a few miles, ask some more neighbours, and we head down a dirt track for a while.  And - right at the end of the track, just before you head into a dark pine wood with goblins - there it was.  The house where Bertrand Russell wrote the early parts of Principia Mathematica.  It is the place where he wrote this letter to Frege.

Russell moved there early in 1904 for the seclusion and have the freedom to think.  He was still with his first wife Alys, who he treated pretty badly.  He moved back to London (Ralston St, Chelsea) at the end of the year, so the letter to Frege (dated December 1904) must have been the last time he stayed in Tilford.

Neither the present occupier, who kindly showed me around, nor the neighbours knew of the Russell connection. However, the Hindhead area seems to have been a sort of writers' colony in the early twentieth century. Shaw lived there, as did the somewhat different writers J.M. Barrie and Conan Doyle.  Harold Joachim, who wrote The Nature of Truth, and who coined the term 'Correspondence Theory' lived in High Pitfold just down the road, as did Russell's uncle Rollo.

I will ask the current owner if I can publish photos of the house itself - he was intrigued by the connection - but meanwhile there is a picture of the garden above, nicely set in splendid 4 acre grounds.  Just the thing to look at while you are working on the theory of types.
Posted by Edward Ockham at 3:28 pm

Email ThisBlogThis!Share to TwitterShare to FacebookShare to Pinterest
Labels: paralipomena