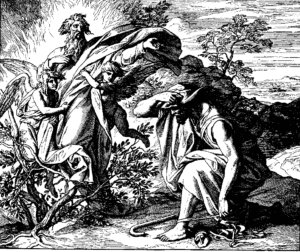 Bill Vallicella, the famous Maverick Philosopher, just dropped me a line asking whether, when Thomas Aquinas and Baruch Spinoza use the term 'Deus', they are referring to the same being. This is a difficult and interesting question.

Bill uses the Latin name 'Deus', alluding to the fact that both men wrote in Latin. Latin was the choice of the 'scholastic' theologians of the 13th century, because it was the language of European scholarship. Thus the work of Thomas, an Italian writing in the 1260s, would have been accessible without translation to his English contemporary Roger Marston. For much the same reason, Spinoza, writing 400 years later, also used Latin.
Clearly both writers would have understood each other's work, as regards the dictionary meanings of Latin words. So when Thomas writes (Summa Iª q. 7 a. 1 co.) esse divinum non sit esse receptum in aliquo – the divine being is not a being received in anything, Spinoza would have understood what he meant because he would have understood the standard meanings of 'esse' (being), 'divinum' (of or belonging to a deity, divine), 'receptum' (that which is taken to one's self, admitted, accepted, received) etc. That is clear. All these words are in Latin dictionaries. But when Thomas writes Manifestum est quod ipse Deus sit infinitus et perfectus – it is manifest that Deus Himself is infinite and perfect – would he and Spinoza understand the proper name Deus in the same way?
This is a difficult question, for many reasons. But there is at least one sort of case where it is clear they are using the name ‘God’ in exactly the same way, namely when they discuss the interpretation of the scriptures. Aquinas does this many times in Summa Theologiae, using the words of the Bible and the Church Fathers to support complex theological and philosophical arguments. Spinoza’s Theologico-Political Treatise is an extensive commentary on the text of the Bible and its meaning, also supported throughout by biblical quotation. So when Thomas writes


According to Chrysostom (Hom. iii in Genes.), Moses prefaces his record by speaking of the works of God (Deus) collectively. (Summa Theologiae Iª q. 68 a. 1 ad 1)


As for the fact that God [Deus] was angry with him [Balak] while he was on his journey, that happened also to Moses when he was setting out for Egypt at the command of God [Dei]. (Tractatus ch. 3, alluding to Exodus 4:24-26)

it is clear that they are talking about the same persons, i.e. they are both talking about God, and they are both talking about Moses. It is somewhat more complicated than that, because Spinoza has a special theory about what the word ‘God’ means in the scriptures, but more of that later. In the present case, it seems clear that whenever we indirectly quote the scriptures, e.g. ‘Exodus 3:1 says that Moses was setting out for Egypt at the command of God’, we are specifying what the Bible says by using the names ‘Moses’ and ‘God’ exactly as the Bible uses them. Bill might disagree here, but we shall see.
Posted by Edward Ockham at 12:35 pm