Queer entities and the supernatural

Before I go on to discuss what distinguishes ‘queer’ terms from ‘straight’ ones, I should add a third characteristic of queer terms to the two which I gave in my post yesterday. (The first characteristic was that a queer term does not refer to anything. The second, that it must appear, at least to some people, to refer, even though it doesn’t. This is what makes for its ‘queerness’, that illusory quality that deceives some people into believing it has a reference. Its queerness is the linguistic equivalent of an optical illusion). 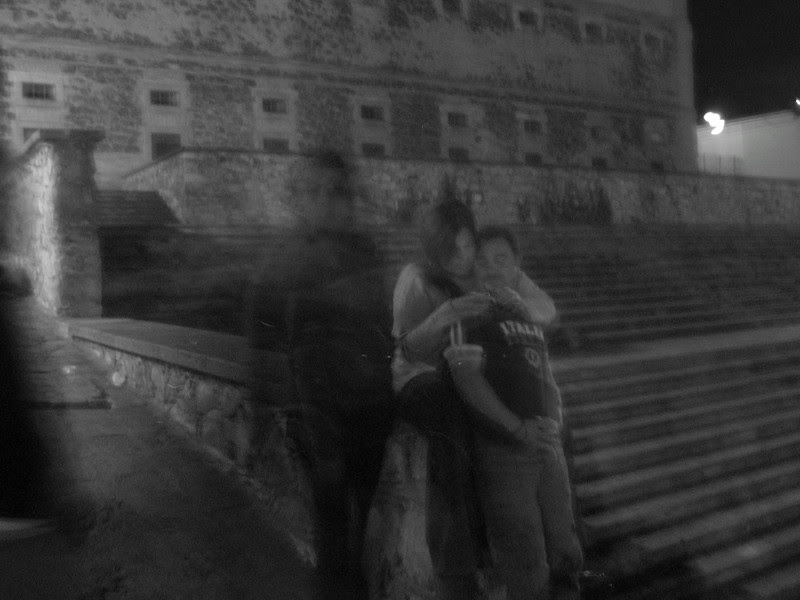 A further characteristic is necessary to distinguish queer terms from other non-referring terms like ‘dragon’, ‘goblin’, ‘ghost’ and so on. The reason that some people believe these terms refer is unconnected with the reason that metaphysicians believe that there exist such things as intentional objects, or universals, or haecceities. People believe that ghosts exist because they believe that certain objectively verifiable phenomena are evidence for the existence of ghosts. For example, the photograph on the left undoubtedly exists. It is a real photograph that anyone reading this blog can see. And some people may believe it is evidence for ghosts.

But metaphysicians do not use physical items like photographs, recordings, eye-witness reports or anything which is observable, as evidence for the existence of universals or haecceities or whatever. The only evidence required is an argument or a line of reasoning of some kind. To persuade you of the existence of universals, a metaphysician requires only your time, a modicum of intelligence, the ability to read a text, possibly extending over innumerable volumes, considerable patience with his or her obscurities of expression, and a grain of salt. Nothing else is required. The text can be as old as you like. No specific knowledge of the world is required, other than of language and of technical abstract terms, some of which may be invented by the author. This is the ‘evidence’ of the metaphysician. The only laboratory required is an armchair, the only tool a thick pair of reading glasses.

Thus, the third characteristic of a ‘queer term’ is that the reason for believing that it refers must not consist of observable or empirical evidence. The reason must consist of a text that has no reference to the world except the use of abstract terminology. (I was about to say ‘abstract objects’, but these of course are ‘queer’, and Ockhamists generally avoid using queer terms, although they frequently have to mention them).

In summary, a ‘queer term’ is a categorical term such that

1. It does not refer to or denote anything.
2. Some people (metaphysicians) believe that it does denote or refer
3. Their reason for believing this is not based on empirical observation (or revealed by supernatural agency for that matter).
Posted by Edward Ockham at 1:45 pm

Where do mental terms like 'sensation' and 'belief' fit in this scheme? The phenomena to which they purport to refer are hardly objectively verifiable but few people need a metaphysician to convince them of their reality. Perhaps an anti-metaphysician could convince someone of their unreality.

I think we all agree in the existence of sensations, so in that sense they are objectively verifiable. In the sense that they are the subject matter of experimental psychology.

In the philosophical sense of 'sense data', there is considerable disagreement about their 'metaphysical status', however.