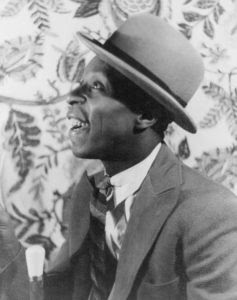 In God as Biblical Character and as Divine Reality, the Maverick makes the curious distinction between a Biblical character, and the external reality corresponding to the character.

What could this mean? I was puzzled for a while, but then Bill and I discussed it in the comments boxes, and I noticed the label on the post: Fiction and Fictionalism. Then the penny dropped. Bill is comparing the Bible to fiction, or perhaps in the genre of historical fiction where some characters are in ‘external reality’, like Napoleon in War and Peace, and others are simply made up, like Natasha Rostov and Pierre Bezuhov. Thus Moses is the equivalent of Napoleon, and God, qua biblical character, is like Bezuhov. Except that unlike with Bezuhov, there corresponds an external reality to the fictional character God, a divine reality who is real, but not numerically identical with the fiction.

At least, that’s what I understand from his comment here.

There are many problems with this. Much of the Bible is written as history. Genesis, Exodus, Joshua to Kings, and much else, are written in a historical style (‘In the days when the judges ruled …’). And if that history, the story of a single people through hundreds of years, of their kings and priests, also involves supernatural beings, why shouldn’t those beings, who are crucial to the narrative, be included? Of course, a naturalist account would preclude the mention of any such things, except as beliefs in them affected people’s behaviour and influenced events. But that presumes naturalism. Why shouldn’t the history of the Jewish people and nation, properly understood, include the most important person (an omnipotent supernatural being) in that history. Why leave God out? It would be like leaving Napoleon out of War and Peace!

And of course if we have doubts about the most important character in the story, why not doubt the rest? There is no external evidence, i.e. no evidence outside the Bible, for the existence of Adam, or Eve, or Noah, or even Moses. If we ask whether Moses existed, we are not asking whether there was some external reality corresponding to but different from Moses. Rather, we are asking whether that same Biblical character existed in reality. The character is either one and the same with some historical person, or there was no such person.

Likewise with God. Did God really speak to Moses, face to face (Exodus 33:11)? If so, then God the Biblical character really did exist (and, being eternal, still does). If not, then why suppose any external reality corresponding to the character at all?
Posted by Edward Ockham at 10:02 am