On failing to understand 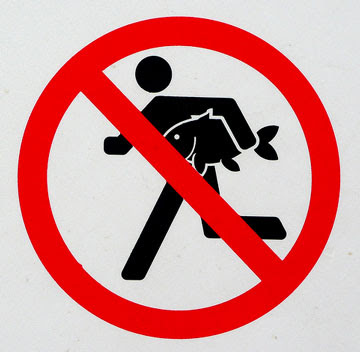 On this one, I genuinely don't understand what a truthmaker is. Its broad definition is: something that causes a truthbearer (a 'proposition') to be true. Part of my difficulty is with 'truthbearer'. What sort of thing is it? Is it a mental item like a thought? Is it a physical item of some kind? Or is it a Platonic abstract object? I'll assume the latter.

And what sort of causal relation obtains between truthmaker and truthbearer. Bill has said that it is not a cause that is mediated by some physical event or state, in the way that the sun rising is the cause of truth of the proposition 'it is day'. The truthmakerist holds there is something 'in between' the sun rising and the truth of the proposition, and this 'in betweenie' is being-day-ness or something like that. Is that right?

So there is supposedly some direct, unmediated causal relation between a physical item (the state of affairs 'being day') and an an abstract Platonic entity. And I am finding that difficult to get my head round, in sense (iii).

I also have the difficulty with future tensed statements like 'the sun will rise tomorrow'. Does that proposition exist as a truthbearer now, or tomorrow? Does its truthmaker exist now or tomorrow? I commented on that problem here. If the truthmaker for a future tensed proposition exists now, it seems difficult to avoid logical determinism. But if it exists in the future, we have to explain its coming-into-existence. Is the coming-into-existence or actual-existence part of the state of affairs that constitutes the truthmaker? Then it seems difficult to avoid the infinite regress problem I already pointed out.

And at this point my head is swimming with such difficulties and confusions that I can only confess misunderstanding in sense (iii) alone.
Posted by Edward Ockham at 10:10 am

Email ThisBlogThis!Share to TwitterShare to FacebookShare to Pinterest
Labels: truth

>> Or is it a Platonic abstract object? I'll assume the latter.

You're going about it all backwards trying to cherry pick from other people's theories and then seeing if they fit. Ask yourself what the reason is we have the concept of "truthbearer" (or "proposition", or "sentence", or "statement", or whatever else you think adheres to the laws of logic) in the first place. If you still think they don't exist, then try to do without them.

Then the second question, keeping the answer to the first in mind, is, to *what* do these principles apply.

If you can answer the second question, then you have come to the conclusion that truthbearers exist, and have simultaneously determined what they are.

>> I also have the difficulty with future tensed statements like 'the sun will rise tomorrow'. Does that proposition exist as a truthbearer now, or tomorrow? Does its truthmaker exist now or tomorrow?

I think these are debated questions even among people who accept the existence of truthmakers/truthbearers.

You present a good argument that at least some future tensed statements are not truthbearers. One of the qualities of a truthbearer is that it is either true for the entire time that it exists or it is false for the entire time that it exists. Not both, not neither, and not sometimes one and sometimes another. So a future tensed statement which is not already determined ("I will go to the store today" is probably a more clear example than "the sun will rise tomorrow") is not a truthbearer.

Anthony said...
This comment has been removed by the author.
4:35 pm

Anthony said...
This comment has been removed by the author.
6:09 pm

Anthony said...
This comment has been removed by the author.
6:38 pm

FOOL, n. A person who pervades the domain of intellectual speculation and diffuses himself through the channels of moral activity (Bierce knew the score on bumblers, including ones wearing prussian helmets..and a tutu)

Actually, Ock. the causation issue regarding "truthmakin'" which bothers the faux-platonists at Mav.com is a legitimate issue, however primitive (for Armstrong as well...and holy Frege, and logicists--or, it should be). The Rand-monkeys are sort of aware of it. Social-economic existence ...compels people to observe facts/evidence (ie, to do science--as the saying goes, "necessity being the mother of invention"--fact-gathering leads to the development of tools, so forth), and ...there is a causal relation between the observation and its translation into syntax. In brief--not quite strict determinism (and is a carny-perp a product of poor conditioning, or just evil? both probably)

What is their benefit?

>> What is their benefit?

Stop cherry picking your beliefs from other people. Form your own.

Anthony said...
This comment has been removed by the author.
1:17 am

Anthony said...
This comment has been removed by the author.
1:32 am

I have deleted some ad hominem comments. Please stick to topic and remain coherent, and avoid, er, personal attacks. Thanks.

Actually Dr. Ock you could make a case that
"contingent propositions" are not true anyway--or require more explaining from Guru Mav. Ie statements about the weather ,for one. How can contingent propositions be "true"? even.."its raining" (ergo, make him justify the law of the excluded middle--"its raining or its not"). On some specific day and time, geographic coordinates, so forth. It might be raining for a minute,and not the next--ie, temporality always an issue, regardless of platonists' fantasies. Is it a sprinkle--one drop? --or a downpour. Raining on one block, and 30 yards away, no. Does Mav. mean rain drops keep falling on his head, or his block, the entire city? There's an event people can perceive--ie a downpour in Apache Junction--but is it a "truthmaker"? Not really.

Anthony said...
This comment has been removed by the author.
12:51 am

Considering the "butterfly effect" as it relates to weather, my non-professional guess is that a truthmaker for a statement such as "it will rain tomorrow" generally does not exist. Whereas a truthmaker for a statement like "the sun will rise tomorrow" - i.e. "the earth will rotate approximately 180 degrees over the next approximately 12 hours", does exist today (T, in a nutshell, is "the earth's angular momentum").

Though at this point I should add that the truthmaker for something like "the sun will rise tomorrow" is really quite complicated, as it is not merely "the earth's angular momentum", but also the position of the earth relative to the sun, the lack of large objects which could stop the rotation of the earth, etc.

I do question the usefulness of "truthmakers" in this type of scenario, though I suppose they do help in clarifying the question of whether or not a statement like "the sun will rise tomorrow" and/or "it will rain tomorrow" can be said to be true today.

The Golden Plates of Moroni , allegedly witnessed by Joseph Smith LDS visionary--truthmaker or no, Ock?

(which is to say in regard to ANY..historical event-..the T-maker idea is hardly different than the Popper-Hume approach--historical claims are contingent and non-verifiable. So....Clemenceau may have existed. Maybe not (how do we know whats a hoax,and what isnt?).