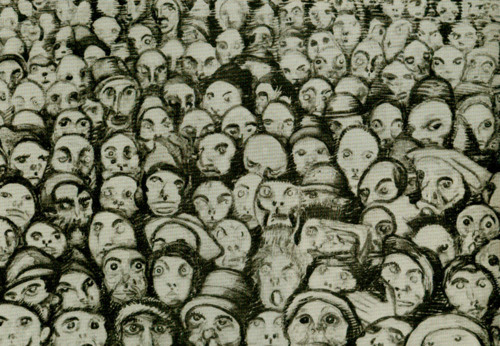 According to Fred Sommers (The Logic of Natural Language, chapter 3) in traditional formal logic (TFL) as opposed to modern predicate logic (MPL), indefinite noun phrases do refer. “The distinctions crucial to MPL between subject expressions like ‘Socrates’ and ‘denoting phrases’ like ‘a senator’ are not crucial in TFL” (p.51).

Where he gets this idea I don’t know. The scholastic logicians followed Aristotle, and Aristotle says (Peri hermenias 17a38) ‘λέγω δὲ καθόλου μὲν ὃ ἐπὶ πλειόνων πέφυκε κατηγορεῖσθαι, καθ’ ἕκαστον δὲ ὃ μή’. ‘By universal I mean what is by nature disposed (πέφυκε) to be predicated of many, by singular what is not [thus disposed]’. He gives the example of ‘man’ as universal, and the proper name ‘Callias’ as singular. The Greek terms καθόλου and ἕκαστον were translated by the Latins as universale and singulare respectively, from which we get the corresponding Latin-English terms. Note the ‘by nature disposed’ bit – Greek πέφυκε, Latin natum est. I.e. it’s in the very nature of a common term like ‘man’ to be predicable of more than one individual. But this is not true of a genuinely singular term, i.e. its nature is such as to be predicable only of one.

Aristotle also says (Metaphysics 1040a28) that we cannot define singular terms, and that we should not be deceived by the fact that some individual objects have attributes that are unique, like ‘going round the earth’ (= the sun according to his geocentric theory). He points out that more than one thing could go round the earth, or none, so the definite description doesn’t really define ‘sun’ (ἥλιος). ‘But the sun was supposed to be an individual (ἕκαστα), like Cleon or Socrates’. So the ‘nature’ of a genuinely singular term is not just to be predicable of one thing alone, like a uniquely applying description, but to be predicable of that thing in virtue of its very meaning. Is Aristotle anticipating Kripke’s doctrine of the rigidity of reference?

Geach has a challenging objection to this. Suppose I say, referring to a meeting I attended ‘a man was shouting’. And suppose the indefinite noun phrase ‘a man’ refers to, i.e. picks out or identifies some man in the crowd, say Frank, or aims to do so. But suppose Frank wasn’t shouting, but Richard was. Then ‘a man was shouting’ is true, because Richard was shouting. Yet I meant to refer to Frank. I meant to say something which is actually false, but which is true because some other person than I meant satisfied the predicate.

The whole point of indefinite noun phrases is not to refer, at least if to refer means to identify or pick out, to tell you which individual I have in mind. In that sense, ‘a man was shouting’ doesn’t tell you which person you have in mind. It is true just so long as at least one man – it absolutely doesn’t matter which – was shouting. This contrasts with definite terms, which are true only when the person identified satisfies the predication.

I hold that all singular ‘reference’, i.e. telling the audience which individual is said to satisfy the predicate, is intralinguistic, and that there are chains of back-reference which originate in some indefinite noun phrase, e.g. ‘a certain young man’. This originating phrase does not refer in the sense that it ‘tells us which’. Clearly it can be satisfied, i.e. true of some man. But it doesn’t tell us which man it was. For example, some have thought that the man in Mark 14:51 was Mark himself, i.e. the author of the gospel. After all, all the other disciples had fled, so who knew about the man in the linen cloth, apart from the author himself? On the other hand, there were other witnesses present, and the story might have been passed around until Mark heard it, who put it in his account.
Posted by Edward Ockham at 12:13 pm

From Spade's translation of Walter Burley's _Longer Treatise On the Purity of the Art of Logic_, 102-3.