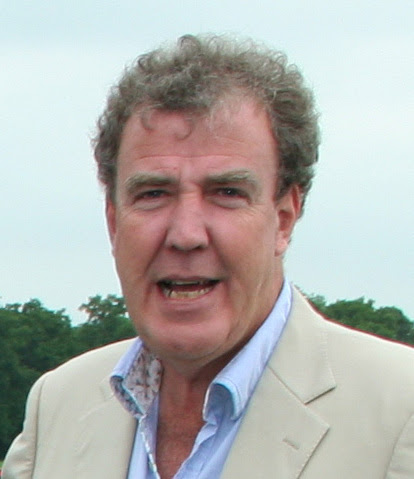 'Belette' commented that I hadn't been consistent in my definition of 'global warming'*.  I had asked for a 'Fermi explanation' showing why it exists, but that requires an understood and agreed definition of what it is.  OK.  There are three ideas locked up in that term, as commonly used and understood.  First, that warming is not a mere accident.  'Global warming' does not mean simply that the earth is hotter than it was some time ago. It means that there is some underlying cause or reason why it is getting warmer, and that as long as the cause exists, the warming will go on.  Second, that the underlying cause or reason is the cumulative increase in carbon dioxide in the atmosphere, caused by industrialisation.  This is properly called 'anthropogenic' global warming, but it usually has that meaning even without the qualification.  Third, that the warming will if unchecked lead to to disaster.  This should properly be called 'catastrophic anthropogenic global warming'.

The proposition I am sceptical about is there "that increasing atmospheric concentrations of greenhouse gases, notably carbon dioxide, will have catastrophic consequences for mankind and for the planet".  Obvious I don't deny that the cumulative increase in carbon dioxide is causing long-term global temperature to rise.  But no one has explained clearly to me why this should matter.

*Vallicella has just reminded me that he has some definitions here.
Posted by Edward Ockham at 7:05 am

> will have catastrophic consequences... no one has explained clearly to me why this should matter.

Ah, I sense more confusion. Are you asking for proof of catastrophic consequences, or proof of why GW would matter? The two issues are quite different, and I'm sure you'll appreciate. The former phrasing is usually used by denialists as a strawman argument. The latter version makes sense.

An obvious counter-example to show the difference: if my GPS stops working, that isn't catastrophic: I can still go running, I just won't know how fast. But it matters, because I have to go to the time and expense of getting a new one. You see the point?

'Matter' is a blank cheque, which you cash in from the antecedent 'catastrophic'. Catastrophic is what matters. Of course 'catastrophic' is somewhat subjective.

I checked the Metro post (London flooded in 100 years) against more sober accounts, and I don't see strong evidence for that. I will look at the sources you linked to.

There are three heat sources to worry about: earth natural, earth man-made and the sun. The heat loss is accounted for by reflection of sun-sourced heat back into space and radiation.

Man-made energy production, fossil fuels mainly, drives part of the heat sources. I have seen very little indication that this is going to go down as long as the earth's human population continues to grow.

Green house gases retard the radiation of energy back into space. I see no effective control of these either as long as fossil fuels dominate our energy production.

Is any of this catastrophic? Catastrophic is a relative term. The proliferation across the earth of the species homo sapiens has been catastrophic many other species, but not to the cockroach or even most insects. They will clean our bones if necessary.

The earth has endured much more extreme climate changes than is occurring now. Some of them caused huge die-offs of life which could be deemed catastrophic to many forms of life and opportunity for other forms.

Since leaving Africa some 40,000 years ago until the invention of agriculture, man adapted to his environment and since then man has adapted the environment to his purposes. We are entering the phase where there is a clear choice between exploiting the environment further and living with (adapting to) the consequences or reducing our demands on the environment. Since I see no awareness of the latter option let alone consideration of it, I see us being forced down the former path. Ever increasing portions of our populations will be affected in shorter periods of time. Eventually adaptation will no longer be possible and collapse will occur.

Global warming? Yes. Catastrophe? Yes. However, global warming is not the problem. It is just a symptom.

What Belette is unaware of is that there have been three rapid climate changes in the last 15,000 years. But we do not know what made the climate tip.

During the last one the climate of the British Isles switched from tundra to boreal in only a few years, maybe 30, maybe 3. A similar increase would badly disrupt agriculture and food supplies globally.

The temperature in Greenland jumped by 10C at the same time. The Greenland ice sheet has already started melting. Add another 10C and how long before the River Thames has risen by 30 feet and the Houses of Parliament are washed away? But then it depends on what you mean by catastrophic.

>>During the last one the climate of the British Isles switched from tundra to boreal in only a few years, maybe 30, maybe 3.


>>How long before the River Thames has risen by 30 feet and the Houses of Parliament are washed away? But then it depends on what you mean by catastrophic.

I don't see the HoP being washed away as catastrophic.

"no one has explained clearly to me why this should matter."

Nobody explained clearly to me how to get to Staverton either. But did I stay at home? No, I did my own research. Similarly, it is not up to us to give 1-to-1 individual tutorials to everyone who seeks knowledge about climate.
http://www.skepticalscience.com/
is a good place to start.

>>Nobody explained clearly to me how to get to Staverton either.

I agree, this is a standard objection. It is not for the professional astronomer to explain to the 'sceptic' why the moon is not made of green cheese.