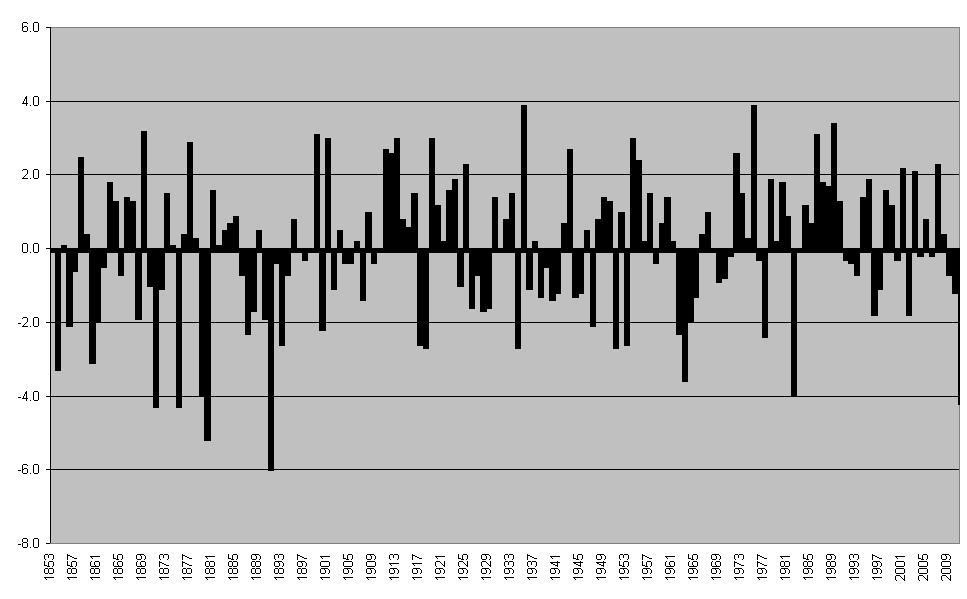 Someone mentioned randomness in an earlier post, and raised the problem of how it can exist in a (fairly) deterministic universe. Reply: this should not be a problem any more than the ‘randomness’ of the roulette wheel. Once the ball has left the hand of the croupier at a determinate momentum and velocity and place, and once the wheel is spinning without interference with determinate angular momentum, it is determinate where the ball will land. The physics of roulette is discussed here. But as Aristotle noted (somewhere) such determinism is nevertheless perfectly consistent with the appearance of randomness. Without accurate measuring equipment, and with the aid only of sight and hearing, we cannot predict where the roulette ball will fall, and so the outcome of each roulette game is effectively random (i.e. the statistical properties of the outcomes are not inconsistent with randomness). In roughly the same sense (I imagine) we cannot predict weather accurately. There is something about this here.

This does not mean that global warming is random, of course. As I understand it (I am sure the commenters will correct me if I am wrong), climate physics predicts an equilibrium temperature corresponding to any concentration of greenhouse gases in the atmosphere. All other things being equal, the temperature will revert over time to this value. But there are many forces pushing the climate away from and towards this equilibrium. There are cyclical forces pushing away from the equilibrium and back, e.g. the seasons. Summers tend to be warmer, winters colder, as we all know. In addition to this, there are apparently random deviations from these seasonal values which can be quite extreme.

The chart above shows the deviation of December minimum temperatures (as measured in Oxford) from 1853 to 2010 from the average minimum December temperature for all years. The mean is zero, but there is considerable deviation from that mean. Notable outliers are the Decembers of 1890, which is discussed here; 1962, which I remember as a young lad, when the sea froze and there was widespread disruption; 1981, when I was trapped in Wales for a few days in heavy snowfall; and 2010, when we even had snow in London.
Posted by Edward Ockham at 5:22 pm