What are "The Two Towers"? 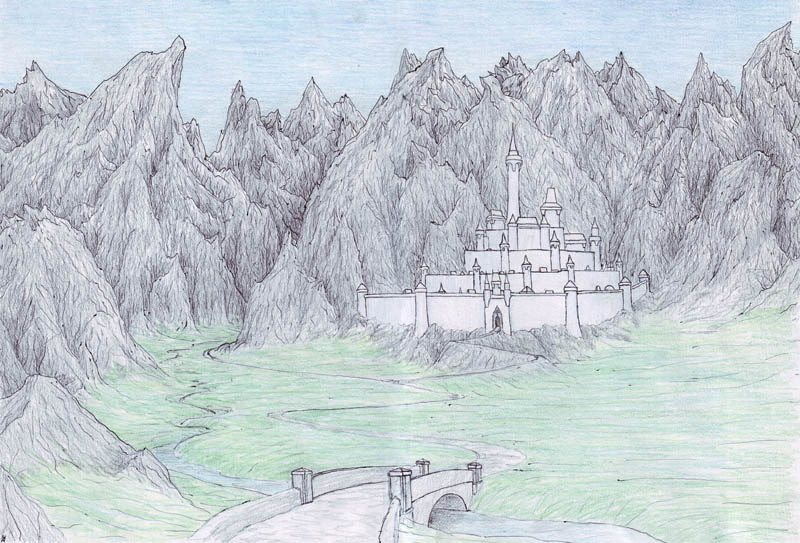 David Brightly asks "how sometimes my mental file [corresponding to a singular term] coheres with yours sufficiently to give rise to the sense of reference to a single external object".

That's a good question which I can't answer right now. But let's begin with a valid question about reference in fiction.  As I have argued in earlier posts (e.g. here) there is a perfectly valid sense of 'refer to' where it takes an fictional accusative.  For example, we can ask who the phrase "The Lord of the Rings" refers to.  And the Wikipedia page on The Lord of the Rings even gives us an answer, saying that "the title of the novel refers to the story's main antagonist, the Dark Lord Sauron".

Equally, we can ask what the ‘Two Towers’ in the Lord of the Rings are, since there are so many towers in the book.  Some of these are:
Which two, if any, are the Two Towers? In Peter Jackson’s film of the book, they are depicted as Barad-Dur and Orthanc, perhaps because of the troubled relationship between the two palantirs in each tower, easy to represent on film. But they may be Minas Tirith and Minas Morgul, as the one was made to guard the East and the other the West, and were also built at the same time, making them twins. Or they may be Orthanc and Minas Morgul, since that is where all the action takes place in books three and four. (In book three, the main tower is Orthanc. In book four, Minas Morgul). In a letter to Rayner Unwin, Tolkien states that they are 'Orthanc and the Tower of Cirith Ungol'.


22 January 1954: It must if there is any real reference to volume II refer to Orthanc and The Tower of Cirith Ungol . But since there is so much made of the basic opposition of the Dark Tower and Minas Tirith, that seems very misleading. There is, of course, actually no real connecting link between Books III and IV, when cut off and presented separately as a volume*.

This is because the first book of the Volume deals with Saruman and the second book of the Volume deals with Frodo and Sam's passage into Mordor and his capture in the Tower of Cirith Ungol. Note his use of the term ‘refers to’. On the other hand, in his original design for the jacket of ''The Two Towers'' the Towers are certainly Orthanc and Minas Morgul (Orthanc is shown as a black tower, three-horned, with the sign of the White Hand beside it; Minas Morgul is a white tower, with a thin waning moon above it, an allusion to its original name, Minas Ithil, the Tower of the Rising Moon). In yet another letter Tolkien says the question can be left undecided, and “The Two Towers” could refer to three possible pairs: Isengard/Barad dur; Minas tirith/Barad dur; or Isengard/Cirith Ungol.

More later, but clearly the question of which character is being referred to involves authorial intention. There is a lovely discussion on a Tolkien fansite here. Here also is a link to The Battle of Evermore, a Tolkien-inspired number by the English rock group Led Zeppelin.  Some people think that the song may be referring to the Battle of Pelennor Fields.

By a curious coincidence I've been listening to "The Battle of Evermore" (although the Heart/Lovemongers cover rather than the Led Zeppelin original). It does seem that it's an interesting example to use in this context, because it certainly seems that if two people argue over whether it refers to the Battle of Pelennor Fields, it seems that there's some kind of substance to the dispute -- evidence can be brought for and against, for instance, and a distinctions can be made between reference in this sense and (say) merely suggestive allusion to the Battle of Pelennor Fields in referring to something else (some real but unnamed Scottish battles, perhaps, since Plant seems to have been on a Scottish ballad kick at the time).

Heart have the reputation of being to able to nail Zep covers but they don't quite do it for me :(

Isn't there a sixth tower west of the Shire close to the Gray Havens. I think there is a passing reference to it in the Fellowship of the Ring.